Producers and worldwide distributors of radial piston hydraulic motors and radial piston flow dividers for more than 30 years, we guarantee our customers an innovative, customizable product, always at the state of the art and interchangeable with competitor units. Our completely European-made range comprises motors with displacements from 20cc to 13000cc; flow dividers with oil flow from 5 lpm to 590 lpm each section and a wide ragne of accessories such as: planetary gearboxes, valves, brakes, torque limiters and tachometers.

Countries to which Italgroup
exports products and services

Produced units
in one year

Fields of application
for our products

Qualification
Specialists of the "radial piston configuration", growing niche technology thanks to the high efficiencies and long life granted.

Reliability
Attention to detail and professionalism, from product selection to production and customer care.

Global presence
International team and global sales network, to export 90% of the production in more than 80 countries in full efficiency and serenity.

1985 – Year of foundation of INTERMOT SRL at Castelfranco Emilia, near Modena, Italy. Thanks to the enterprise and commitment of its founder Luciano Ghiaroni, the company starts to produce the first radial piston hydraulic motors.

1993 – INTERMOT increases its displacement range by offering the market the new IAM H7 Series with displacement of 5,400cc and 7 pistons.

2002 – INTERMOT leads the field amongst hydraulic motor manufacturers with the IAM H8 series, capable of providing displacements up to 8,000cc, ensuring undisputed domination of the plastics industry.

2006 – Exploiting its motors’ high volumetric efficiency, the company starts the production of the FD two stage radial piston flow dividers, unique of their kind thanks to their extremely high division precision even with very uneven loads.

2008 – Two years later, INTERMOT increases its specialisation in the flow divider field by launching the FDM multi-stage series, capable of subdividing a single intake flow into up to 10-12 outlet subsections, with a choice of several division ratios for each section.

2008 – Its great enthusiasm and continual innovation bring another major innovation to the INTERMOT organisation, as it moves even more emphatically into the world of mobile hydraulics. It starts production of the W compact wheel motor, complete with epicyclic reduction gearbox and negative brake and available with one or two displacements.

2011 – While maintaining its entirely Italian manufacturing base, the company renews its corporate structure to continue a tradition of thirty years of experience and prestige on markets all over the world.
Luciano Ghiaroni and his team drop the old INTERMOT SRL name in favour of the new ITALGROUP SRL.

2011 – The IAMD and IACD heavy duty versions go into production alongside the standard IAM and IAC series. Thanks to the use of low friction materials and innovative hydrostatic lubrication, this higher-power series is able to deal with the most demanding applications, where high performances are required even for long duty periods.

2011 – Reinvigorated by this corporate renewal, Luciano Ghiaroni and his design team soon present the new addition to the ITALGROUP SRL, the new HC series of motors.
A motor with performance unique in its class, capable of adapting to any type of operation, it is the first major innovation after the change in company name and helps to establish the new brand, which outperforms all expectations, once again confirming this Italian manufacturer’s worldwide prestige.

2016 - thanks to the further improvements and great success of the swivelling motor series, Italgroup launches the new series HCD for heavy duty applications. Based on the structure of the HC series with improved features, it works at higher pressure granting decreased weight/power ratio, higher efficiecy and performance. 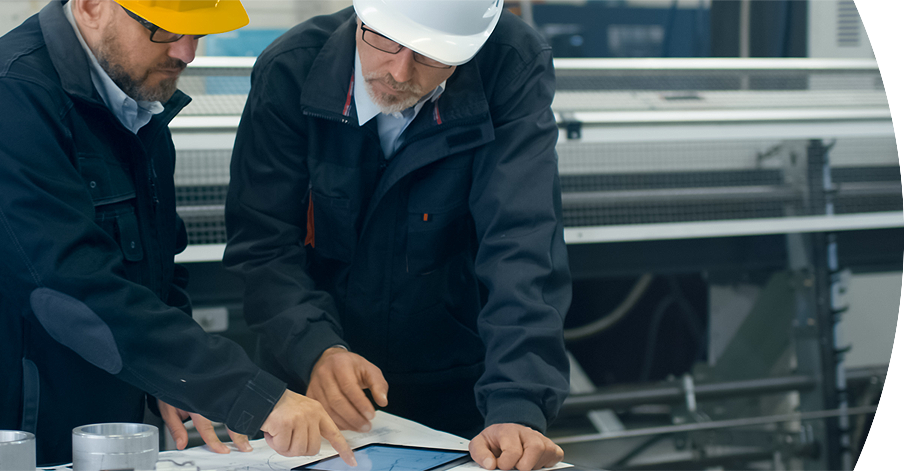